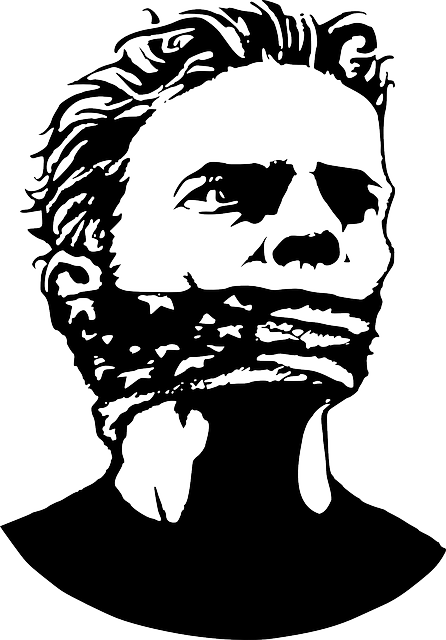 1. Unrestricted access to information: Ideally, this is the category where free speech should be. There is an open exchange of information. People have their own opinions and should be able to share them freely with other people without being censored.

2. Sandbox content: Most information available on the internet today falls under this category of sandbox content. Outside in my backyard, I have a sandbox. Sometimes, I'll put my niece or nephew out there with their toys. And I'll check up on them every once in a while to make sure that they're not hurt. And sometimes they end up getting out of that sandbox.

A virtual sandbox works similarly. However, one cannot cross the boundaries set. Let's say I create a Christian pin on Pinterest. I fill out all of the requirements for that pin and hit publish. That pins exposure will be limited to the sandbox boundaries that they set. Pinterest has already implied that there are boundaries set.

Examine this statement from Pinterest, "Religious content is allowed on Pinterest, and many people use our service to search for and save Pins inspired by their beliefs. To protect our users from being targeted based on personal characteristics such as their religion, we have policies in place so that ads and recommendations don’t appear alongside certain terms."

3. Moderated content: Many websites have some form of comment section where you can share your personal opinion. However, these comments are reviewed first and can either be accepted or rejected by a team of moderators.

While there are good reasons to moderate content to prevent spam and bots, moderation can censor comments for all the wrong reasons. For example, if you post a comment that is opposite to the author or article's viewpoint, it is much more likely to be rejected. On the other hand, if you post a comment that is in agreement with the author or article. Your comment will almost always be approved.

I know this firsthand because I refuted a "so-called" pastor (I don't know if he was one or not). Anyway, I ended up correcting this pastor on one verse through the comment system. I posted my comment and hit the submit button. I check back one week later, two weeks later and one month later. I never see my comment posted in the comment section. In the virtual world, there is no freedom of speech. That's not the way it's supposed to be. Let people hear both sides and let them decide for themselves what to believe.

5. Internet kill switch: The concept of the internet kill switch (complete internet censorship) is easy to understand. You can either toggle all internet traffic ON or OFF. However, I can't think of a real-life scenario where they would "need" to shut the entire internet off. I suppose it's possible, but it would have to be a collaborated effort.